This is the third and — for now — last report of a 100 yen onsen that is new to Beppu Onsendō. Like the previous two, Matogahama has a bath on the first floor and a community center on the second floor. The onsen is located on route 10, the busy road that runs all the way from Moji Kō in the north to Kagoshima City in the south of Kyūshū. We had been driving past the place so many times in the past, but we never noticed there was an onsen there. 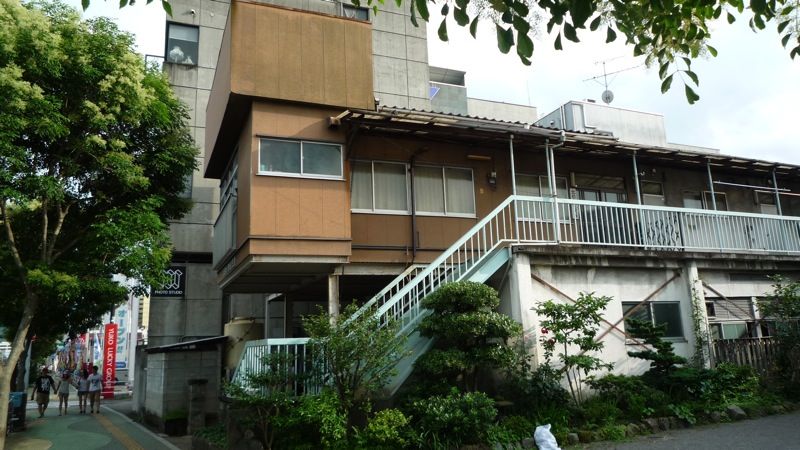 My wife took these nice pictures of the women's bath: 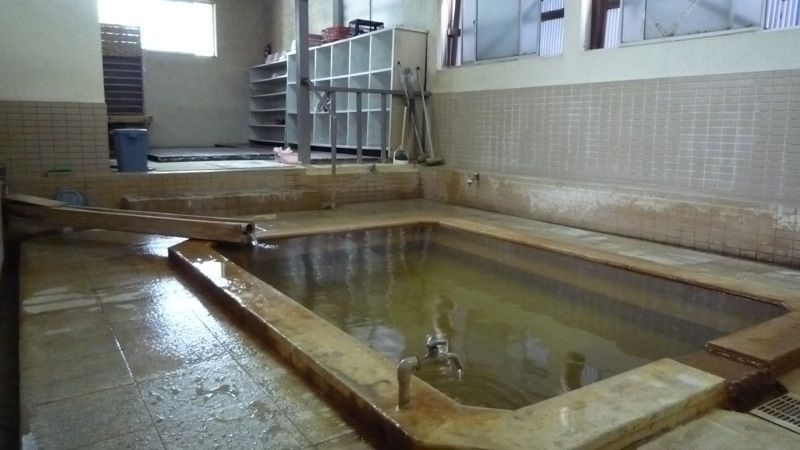 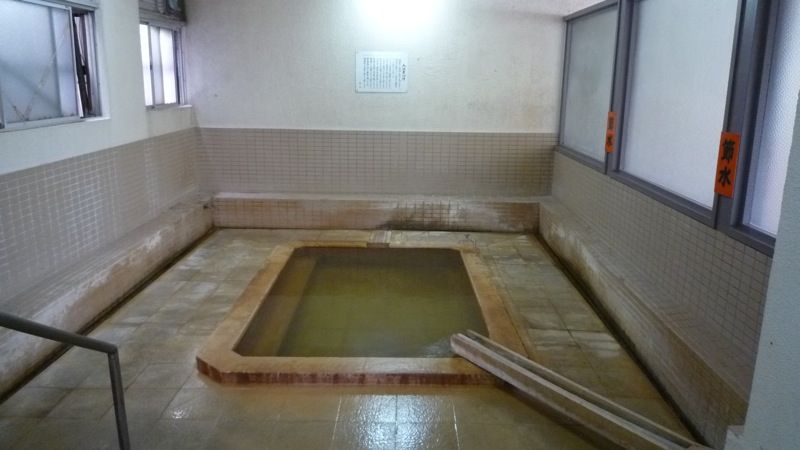 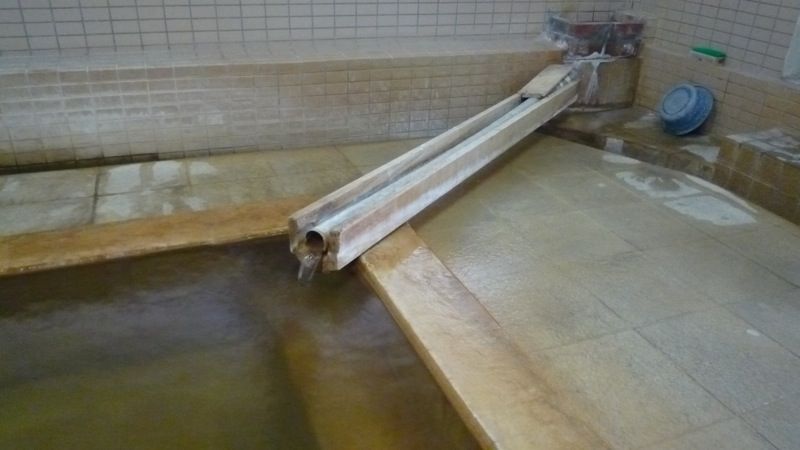 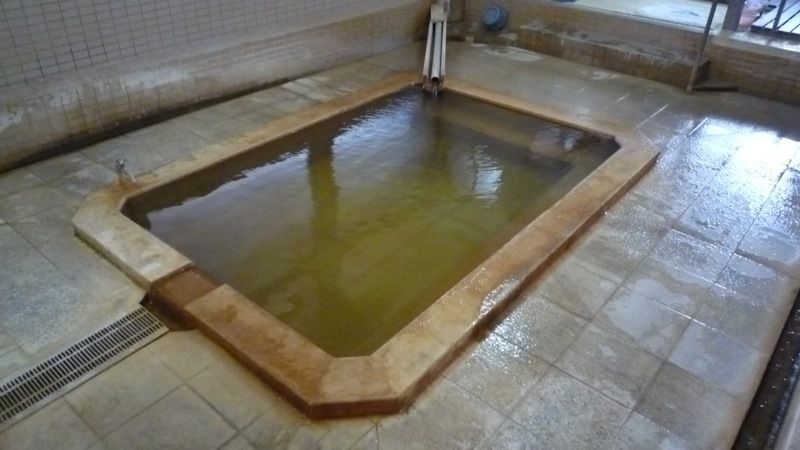 Although my wife said the water in the women's bath was clean, the men's bath had quite a lot of algea floating around in it. Not sure if this is always the case. I will give them a second chance.