Beppu is a small city in the south of Japan with a population of about 120.000. It is famous for its numerous natural hot spring baths known as onsen. According to Wikipedia, Beppu is the second biggest source of hot water in the world after Yellowstone National Park. The town has the largest number of hot spring sources in Japan. 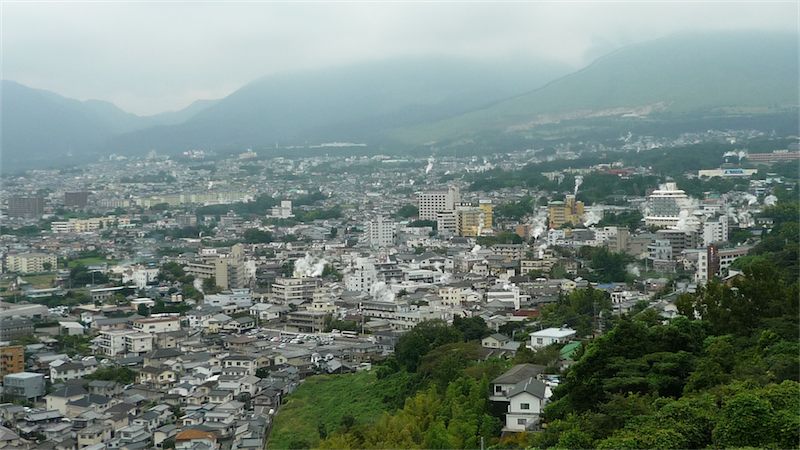 There are eight onsen areas in the city. Each has its own characteristics.

This area is the easiest to reach, because it is in downtown Beppu. You can find various kinds of baths, ranging from tiny 100 yen onsen in the entertainment district, to the luxurious spas that can be found in some of the downtown hotels. Takegawara Onsen — the symbol of Beppu Hot Springs — is also in this area.
List of onsen in Beppu →

Hamawaki Onsen is located east of downtown Beppu, in the direction of Oita City. Here the onsen water used to gush naturally from the beach. Because the water was so readily available, Hamawaki became the birthplace of Beppu's hot springs.
List of onsen in Hamawaki →

Kannawa is the most touristic area of Beppu. Among other things, you can find Beppu's number one touristic attraction — the Jigoku — here. There are also many traditional Japanese inns. These ryokan, as they are called in Japanese, usually have their own onsen and offer fine Japanese style diner.
List of onsen in Kannawa → 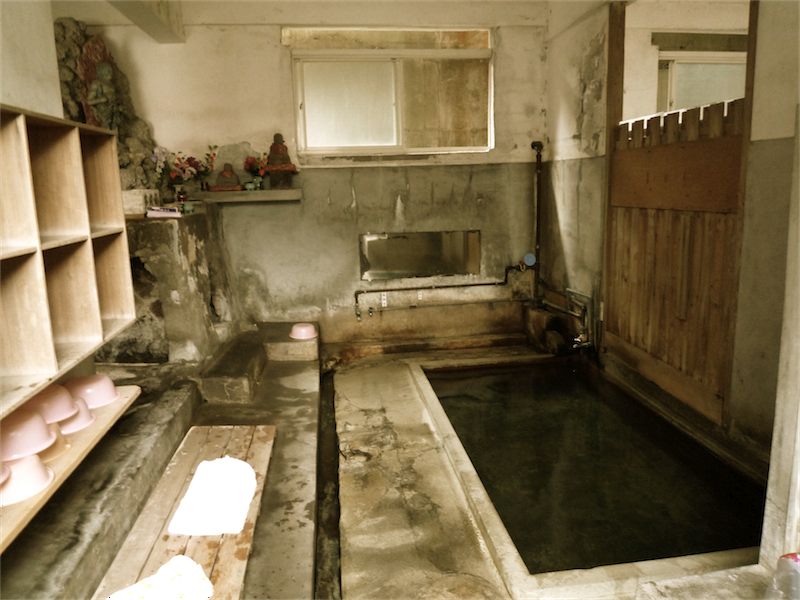 Kankaiji is located on top of a hill in the southwest of Beppu. Because of the location, which offers a great view over the city, a big entertainment area was built here. Among others, there is a huge hotel and a swimming pool. Of course there are onsen too. Kankaiji is home to Tana Yu, a luxurious onsen famous for its open air baths overlooking Beppu City and Beppu Bay.
List of onsen in Kankaiji →

Horita is a small hot spring resort a little bit down the road, west of Kankaiji. The onsen that goes by the same name as the area was renovated and reopened in 2003. It's a municipal bath, which means you get very good value for money. Apparently the water here soothes muscle aches and joint pains.
List of onsen in Horita →

Shibaseki is a small area north of Kannawa. Just like in Horita you will find a nice municipal bath here. Municipal baths are owned and operated by the city of Beppu and have a lot to offer. Shibaseki Onsen has two indoor baths of different temperatures, an open air bath and so-called family baths for people who want to bathe privately.
List of onsen in Shibaseki →

Myōban Onsen is in the hills west of Kannawa. The hot springs here contain more sulphur than the other areas. There is a strong smell of sulphur and the water has a characteristic color. The main attraction in Myōban is Yu no Hana Goya, straw huts where onsen powder is produced. The powder is sold to tourists, so they can have their own onsen at home.
List of onsen in Myōban →