After running Tomikuji half-marathon in Kunisaki, I took a well deserved onsen. I decided to go to Hamada Onsen in Kamegawa. Apparently the water at Hamada soothes muscle pains, so I could use it.

The onsen is located near Kamegawa station. I think it is a walk of less than five minutes from the station. 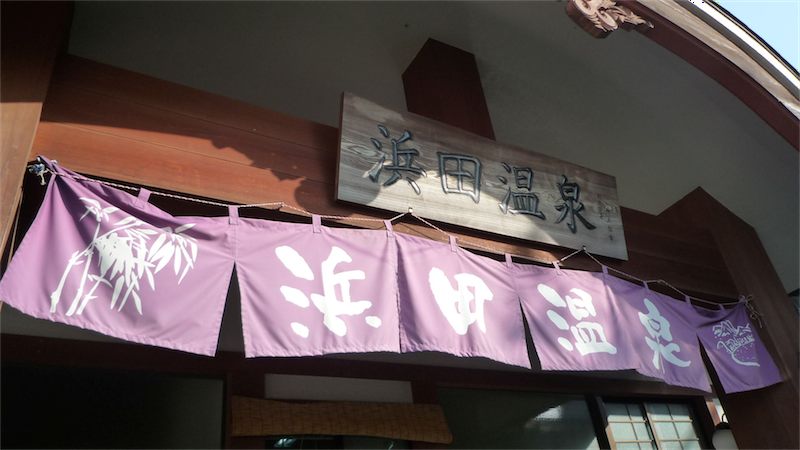 Hamada Onsen is one of Beppu's famous onsen. The original bath was opened in 1936. In 2002 it moved to a new building across the street and the old onsen became a museum. 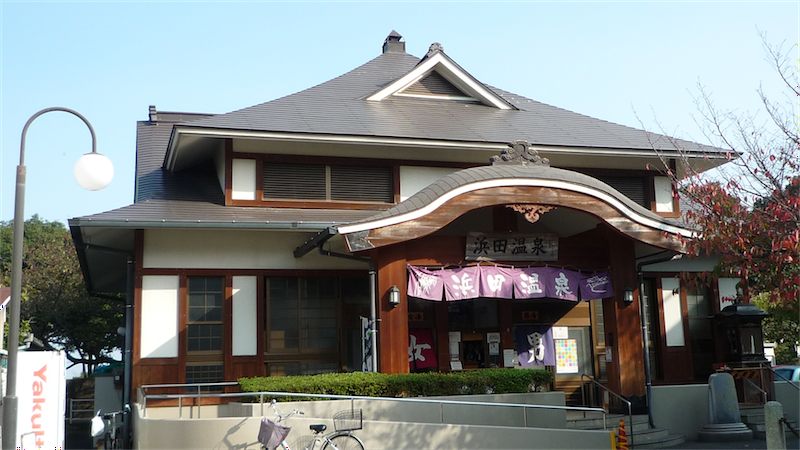 I visited Hamada on a Sunday afternoon and it was quite busy. When I was bathing, there was also a man in a wheelchair. I noticed this onsen has very good facilities for disabled people and senior citizens. 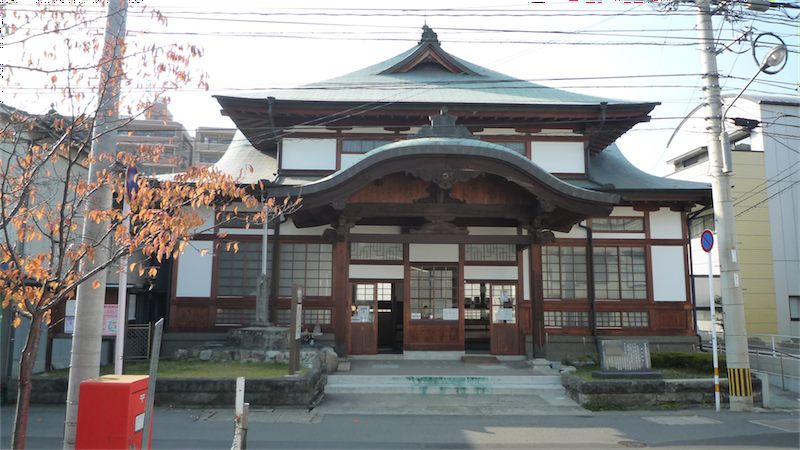 The museum building across the street. 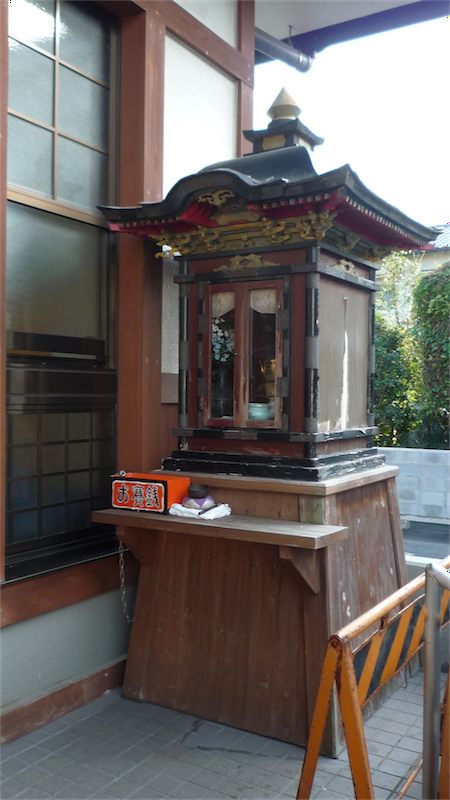 Outside the onsen is a small shrine.

The museum is free, and it's worth a visit. The bath was located half-underground, and there was also mushiyu, a traditional steam bath.