We were in Tokyo to support Oita Trinita in the promotion playoff finals. (We won!!) My wife had to go back home after the game, but I stayed one more night. With nothing better to do I decided to try an onsen in Tokyo.

Musashi Koyama Onsen was the first onsen I went to in Tokyo. It was quite nice, but I was shocked by how busy it was. I have never seen so many people in an onsen in Beppu or anywhere else. I even had to wait for my turn to bathe in the rotenburo. Another thing I was surprised about is that you have to pay extra (400 yen) to use the sauna. I think the busyness had something to do with the fact that it was a public holiday. You can probably enjoy this onsen more if you go on a weekday afternoon. 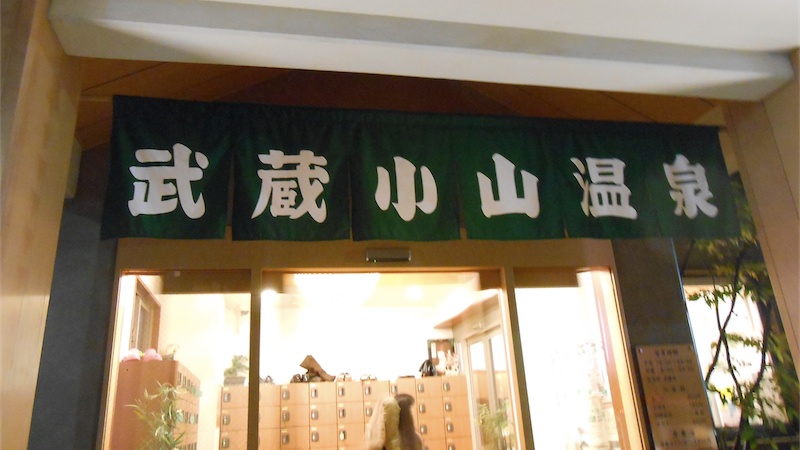 Obviously I had no chance to take pictures inside, so all I have is this shot of the entrance.