Higashi Machi Onsen is a 100 yen onsen in the east of Beppu. It is probably the closest onsen in Beppu from our apartment. It was my wife's first visit, but I had been there before. A while back I jogged to Beppu, bathed at Higashi Machi and went home by train. There is not much space for parking and the onsen is located right next to Higashi Beppu station, so I recommend going by train. 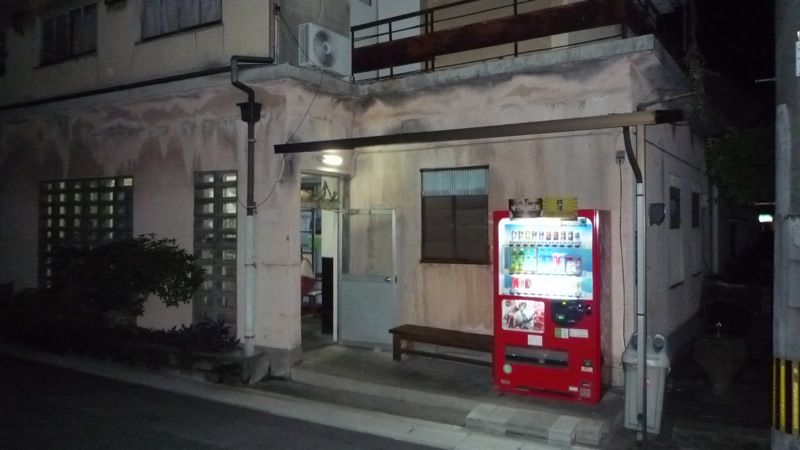 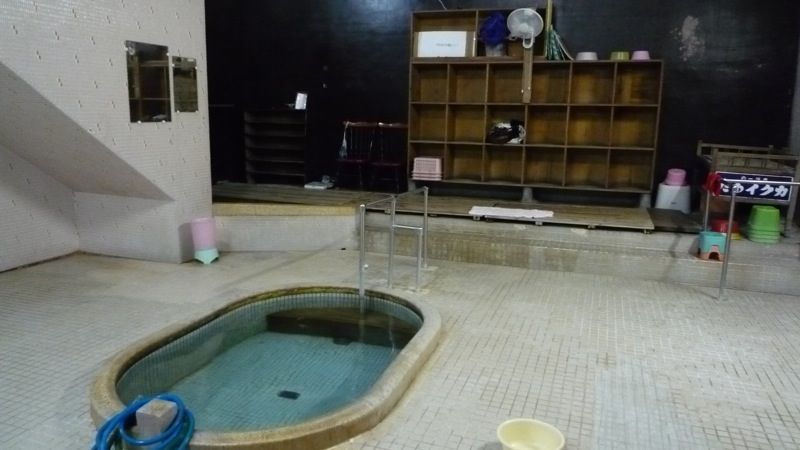 Bath and the changing area. 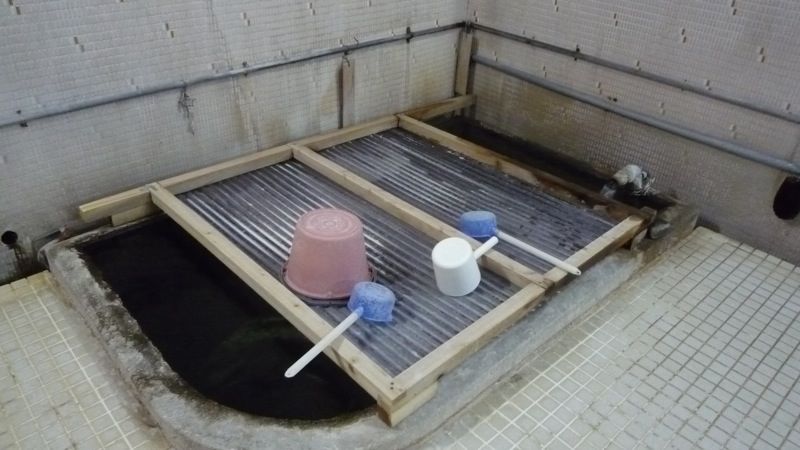 This bath was too hot to bathe in. It seemed water was pumped from here to the other bath. 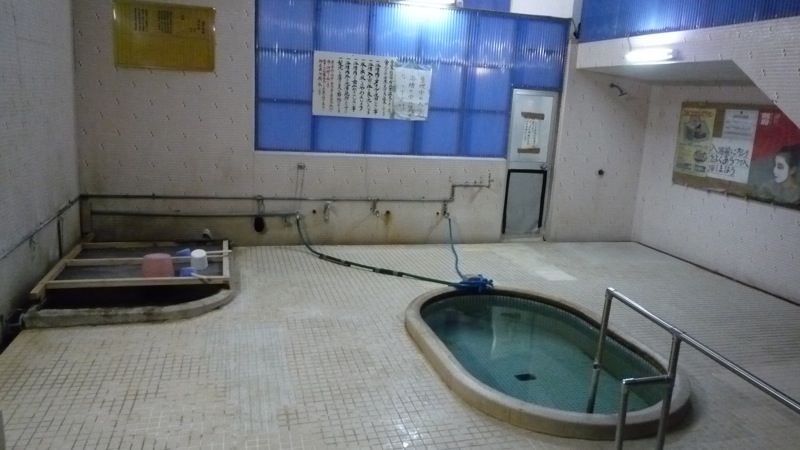 These pictures were taken by my wife, but the men's bath looked exactly the same.

I had this huge bath for myself!