The next destination in our trip in Kagoshima was Midoriya in Ichihino Onsen. This ryokan is very welcoming to Kyūshū Onsendō participants. There is a sign on the wall that shows they are part of it. They also have a guestbook in which you can read the messages of other participants. You can also see how many people visited Midoriya before you. I think I was the first foreigner to leave a message.

It took some effort before we could bathe. Although we could hear a TV somewhere, it seemed no one was there. There was no response to our calls and when we called the ryokan on the phone there was no answer either. It turned out the owner was taking a nap. He finally woke up after we had tried to call a few more times. The baths were still empty, so we still had to wait a little longer. It was worth the wait though: the onsen was nice and we collected another stamp. 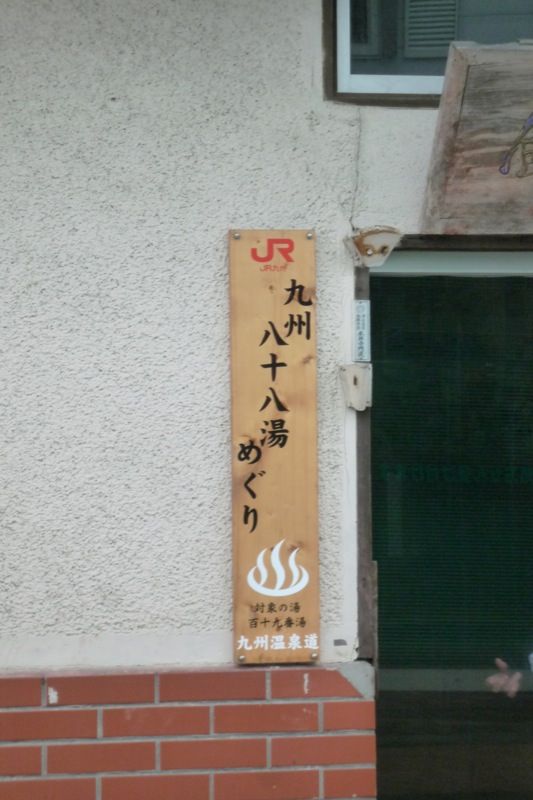 Sign showing that Midoriya is part of Kyūshū Onsendō. 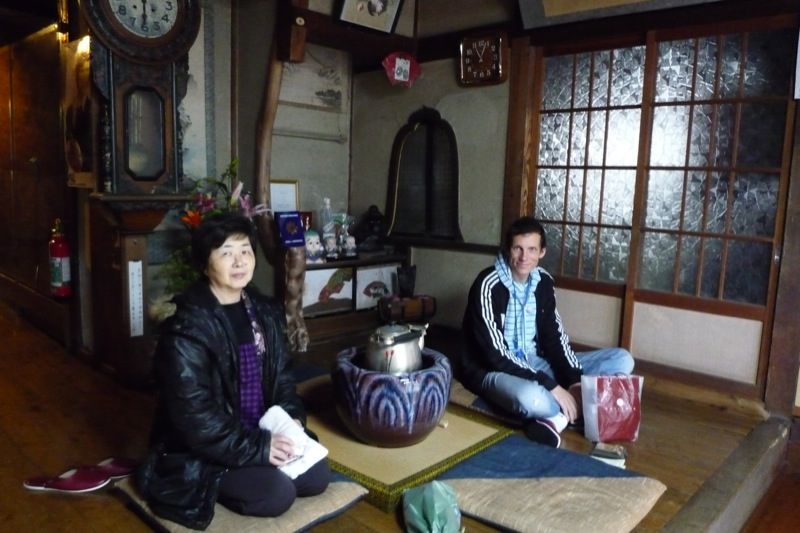 My mother-in-law and me waiting for someone to show us the baths. 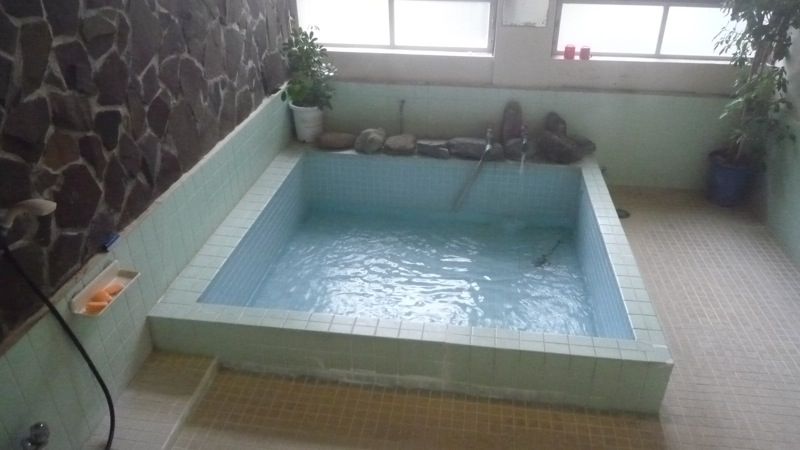 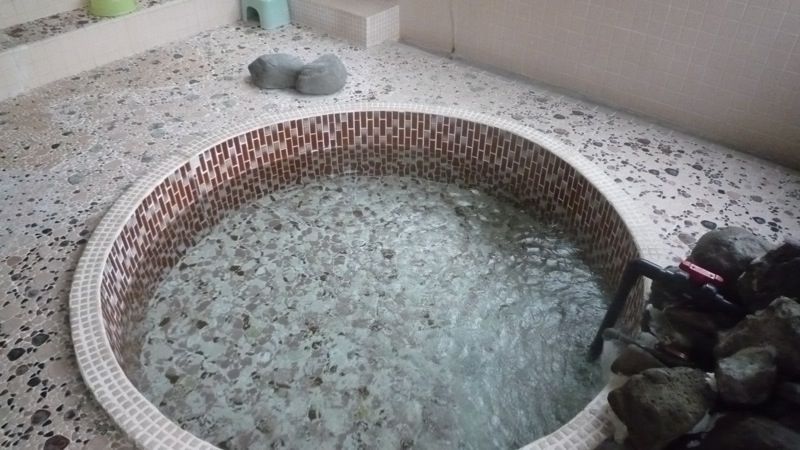