Two weeks ago we visited two onsen in Beppu's Hamawaki area. The first one we went to was Matsubara Onsen. 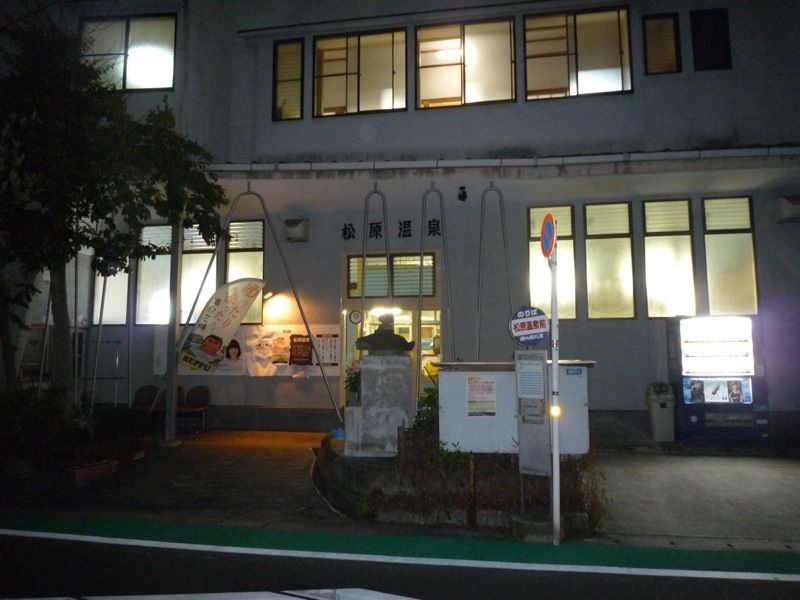 It is difficult to explain, but I thought Matsubara Onsen has a very nice atmosphere. It's a 100 yen onsen with one big bath that is divided into two parts.

When I was about to start washing myself, a regular of the bath warned me that I was on the hot side of the bath. I think he thought I'd better move, so I washed myself on the other side. After washing I soaked for a while on both sides of the bath. I have to admit he was right: because of the heat I couldn't stay in longer than a few minutes. 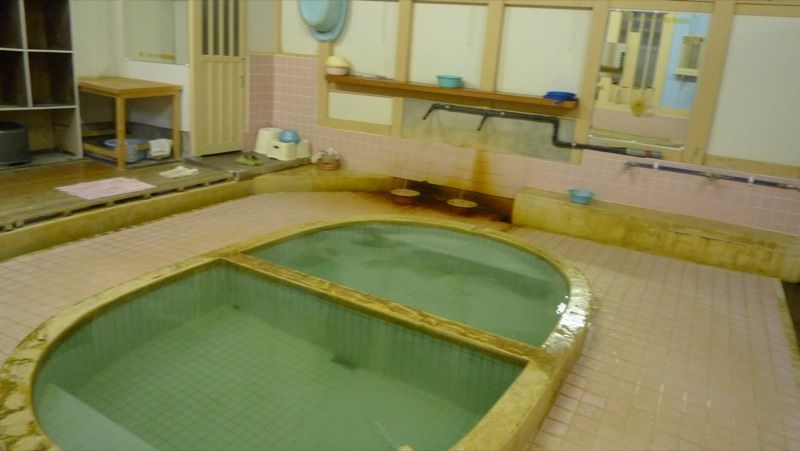