The second onsen — after Matsubara — we visited this Friday night was Hinode Onsen. There are a few parking spots, but we parked at Youme Town and walked to Hamawaki. It takes about ten minutes. 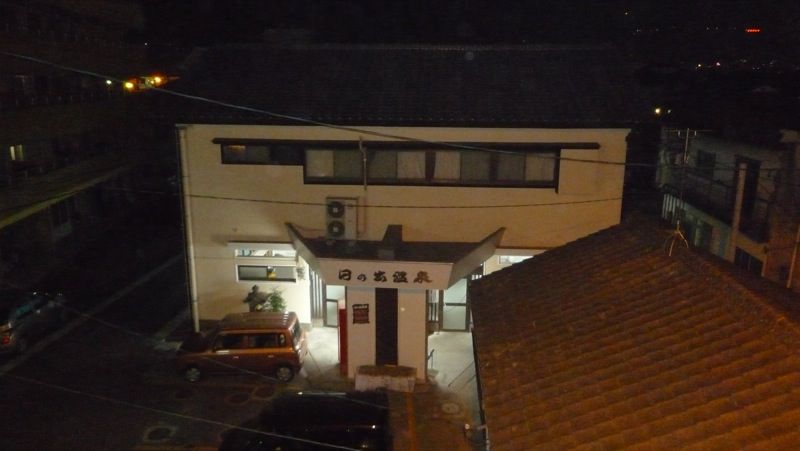 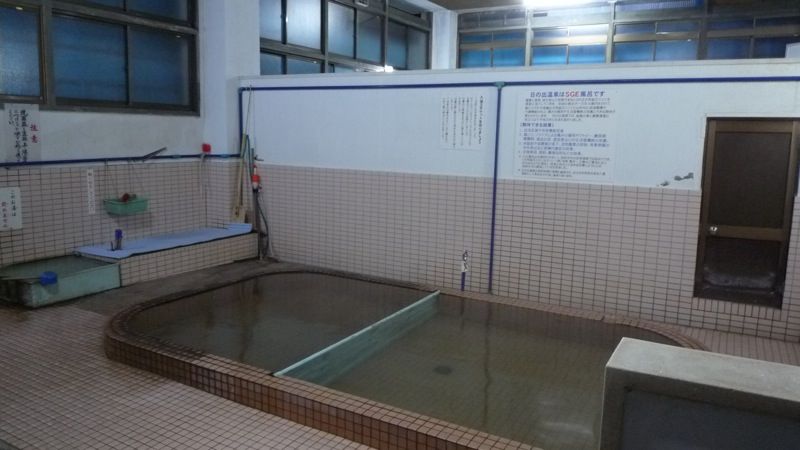 Picture of the women's bath. On the other side of the wall is the men's bath. 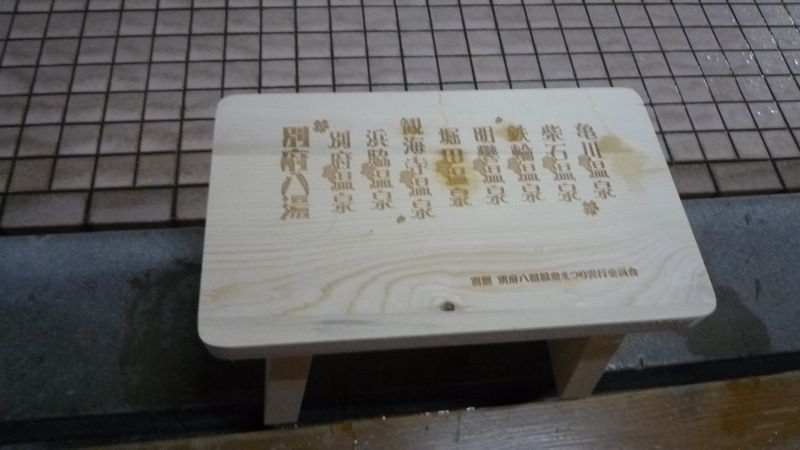 Stool with the names of the eight onsen areas in Beppu.

Coincidentally the same thing happened as in Matsubara Onsen: I was warned again that I was sitting at the hot end of the bath. The man who warned was very friendly. Of course he was interested where I came from. Beppu has many international students, so people usually think I came to study. It is nice to have a chat with the locals sometimes. 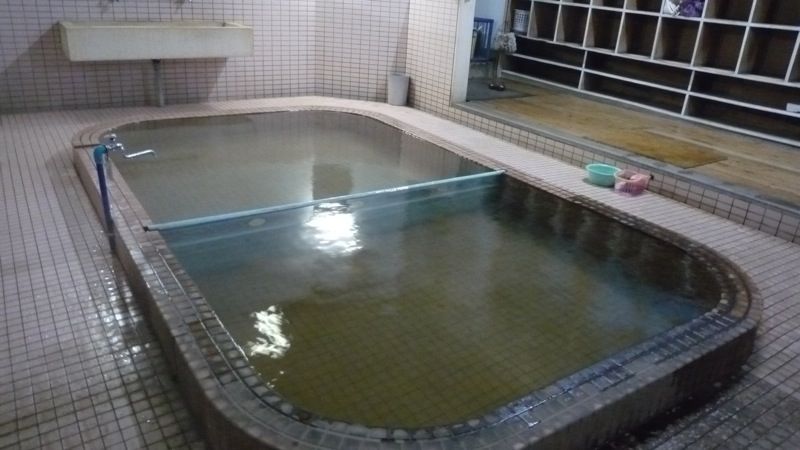 Women's bath from a different angle.