My wife and I are both supporters of Oita Trinita. On May 8th there was an away game against Sagan Tosu in Saga prefecture. We decided to go to Saga early for onsening before supporting Trinita the next day. We stayed one night in Saga's famous onsen resort Ureshino. The first onsen (of four) we visited there was Wataya Bessō. 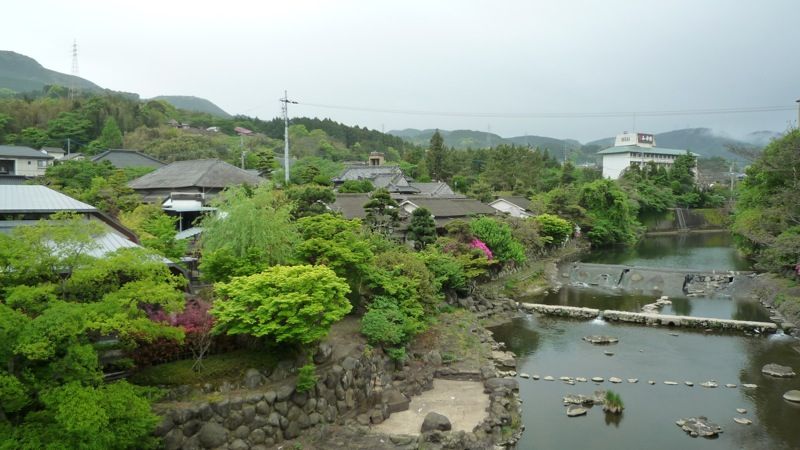 Wataya Bessō is a huge complex with restaurants, onsen, foot baths and a ryokan.

Because we had eaten lunch there — which was quite good — we could go to onsen for free. The onsen was nice. Inside there is a huge bath that consists of different parts with different temperatures. There is also a sauna, a cold bath and a bath made of wood. The rotenburo is not so big, but has a nice view of the river that runs along Wataya Bessō. 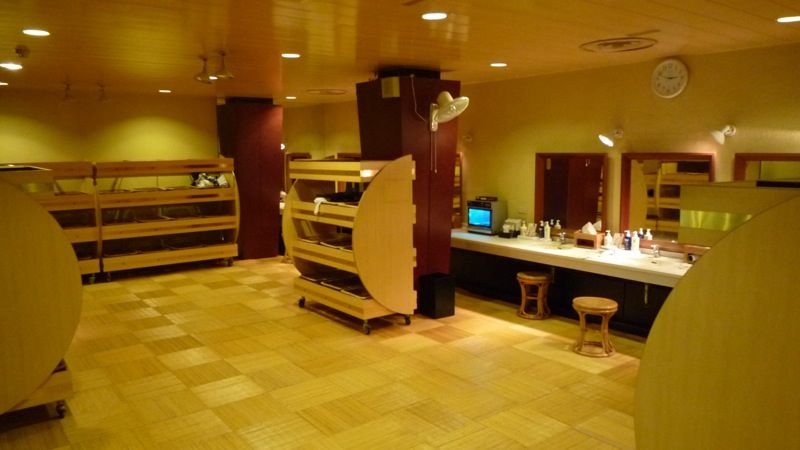 There were too many other people bathing, so I could only take a picture of the changing room.

After bathing we wanted to get a stamp for the Kyūshū Onsendō, but we were told we can only get it if we bathe in the luxurious bath called Shinshō. After this we had a very disappointed look on our faces. Apparently the receptionist couldn't stand it and gave us the stamp anyway. 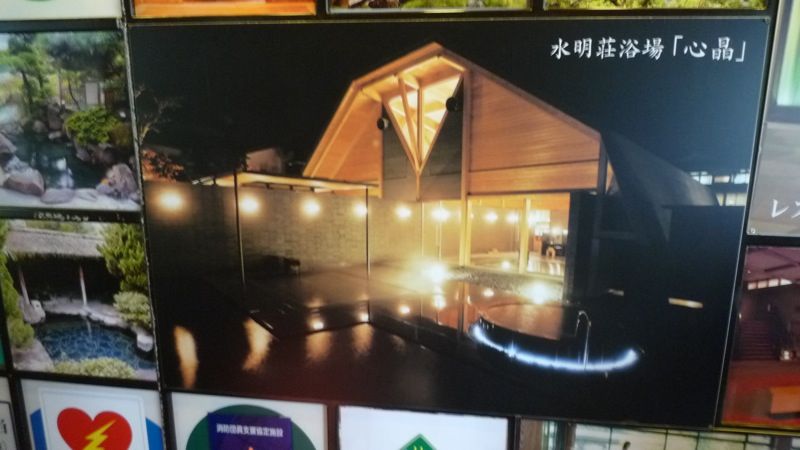