Umezono Onsen is a small 100 yen onsen in downtown Beppu. It's located in a very narrow street, which may be hard to find. Stamps for Beppu Hattō Onsendō are available at a bamboo crafts shop in the nearby arcade. 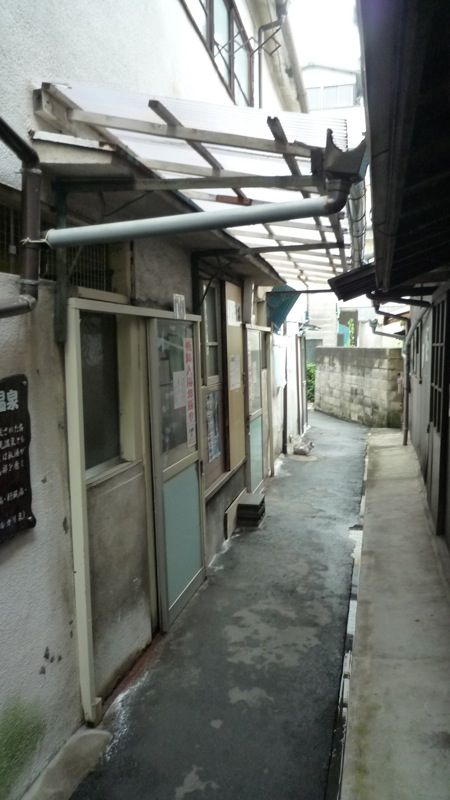 If you can find this street, you found Umezono Onsen.

On this Saturday my wife, her colleagues and I climbed Mt. Tsurumi. Afterwards we wanted to go onsening at one of the hotels near Beppu station. This plan failed because it was the beginning of golden week, which is the busiest time of the year for hotels. The baths were only open to hotel guests. After being turned down twice we decided to go to Umezono Onsen. 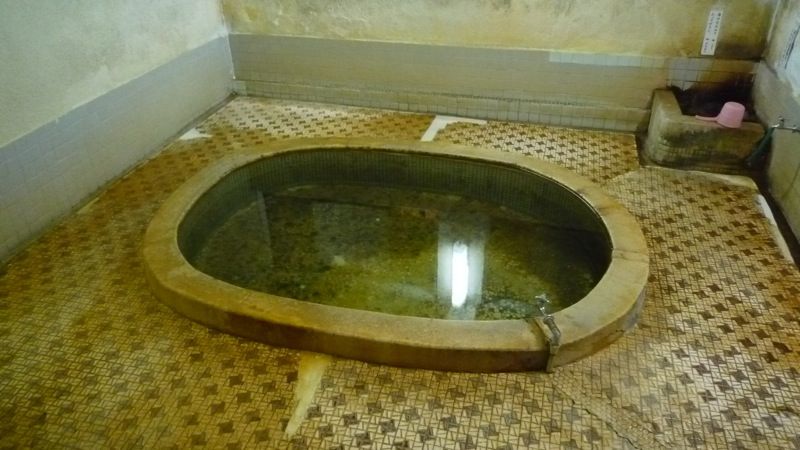 Like most 100 yen onsen, the water was quite hot. We added a lot of cold water before bathing.

Nice post about Beppu! I planned to go there on my next trip! You can read my submission to the J-Festa on my blog :)

Thanks for your comment. Your post about Hamarikyu is interesting too. I had never heard of it. Maybe I will visit on my next trip to Tokyo.