A few days earlier we had been to Kamiya Onsen, but I forgot to bring my camera. Since we were at nearby Nageshi Onsen, we went back to take a few pictures. 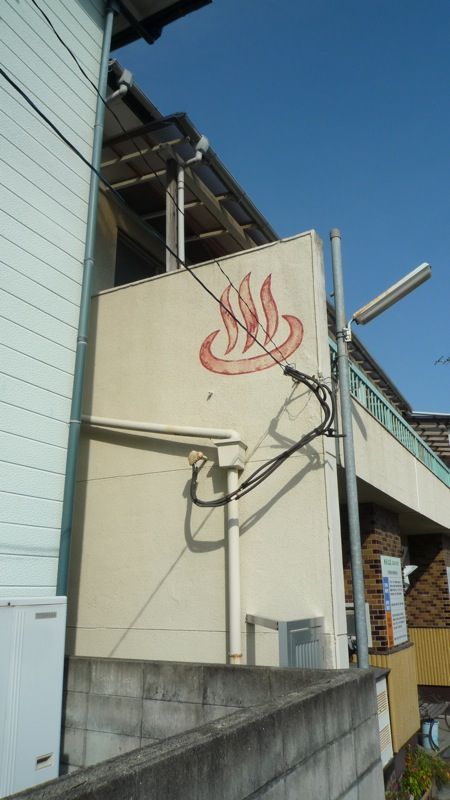 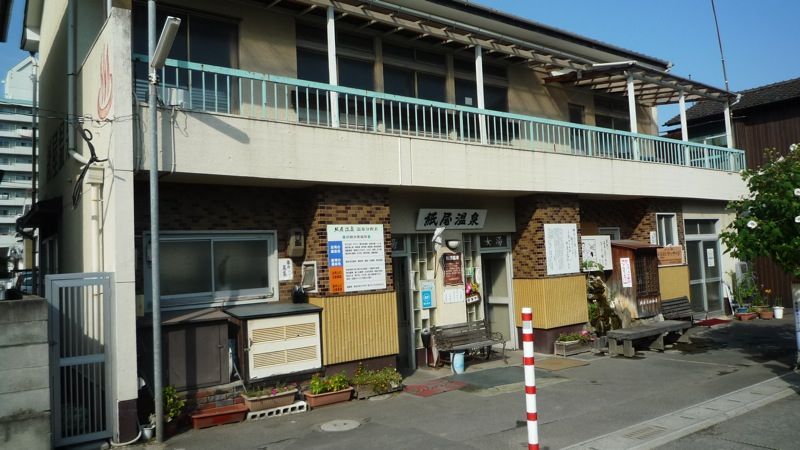 The person who sells tickets is in his eighties, but he looks much younger. He is really friendly and talks about the onsen proudly. Next to the entrance is a small shrine and a fountain from which you can drink onsen water. Not sure what the effect is, but the water is supposed to be good for your health. My wife was allowed to take pictures of the women's bath. While I was waiting someone came to take onsen water in pet bottles. 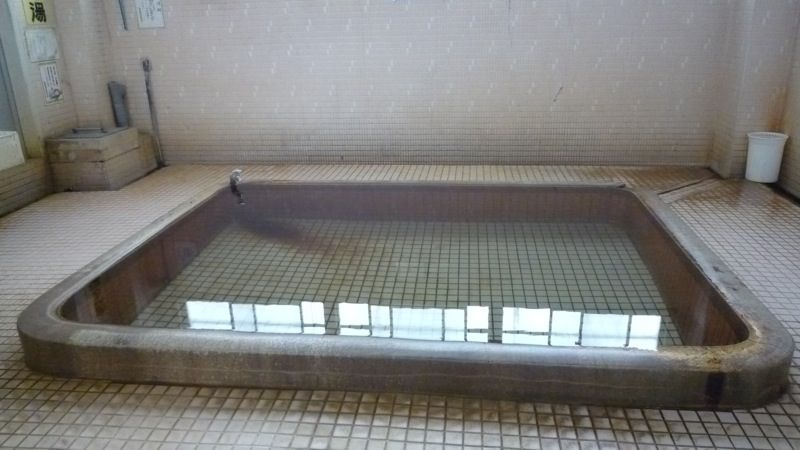 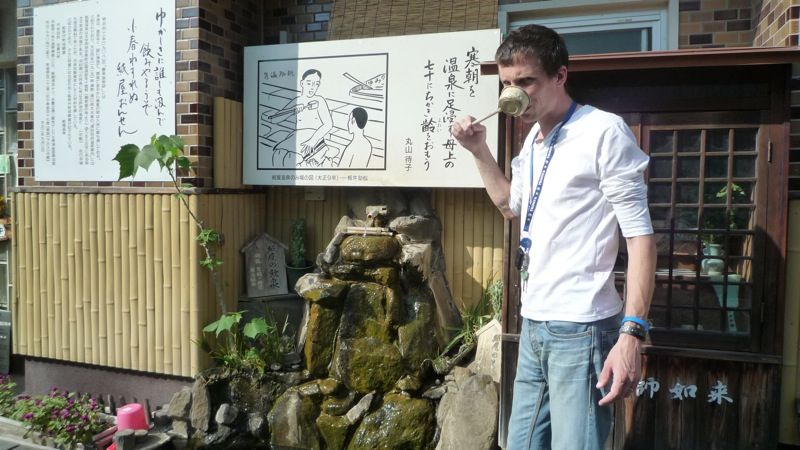