Arriving on Christmas Day, we stayed for three nights at Takaraya Ryokan in Sujiyu Spa. Sujiyu is part of Kokonoe town in Kuju mountains, Oita.

The view from our room.

From our apartment it would normally take about two hours by car to get there. However, on the morning of departure it started snowing and we were warned about slippery roads. We decided to take the train to Bungo Nakamura and from there the bus to Sujiyu. The moment we got to Bungo Nakamura the buses stopped running due to the snow. There was no other option but to go by taxi. Halfway on the way up the mountain the taxi got stuck in the snow and the driver had to put on snow chains. It was worth the trouble... on Christmas day we were in a remote snowy onsen town! 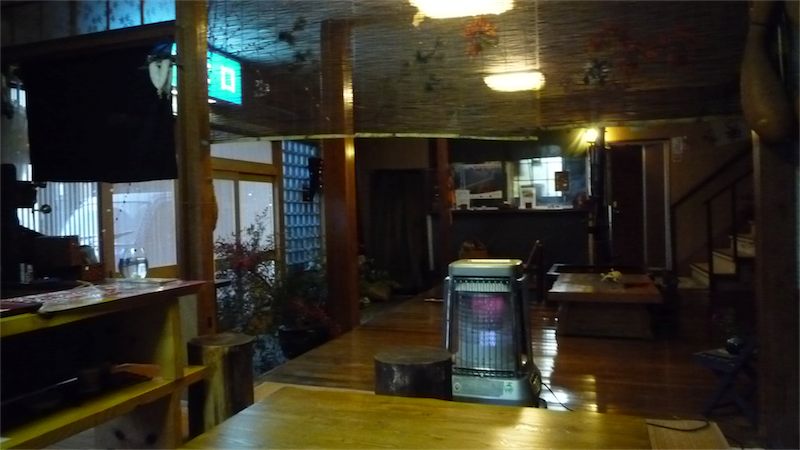 The living room of Takaraya. 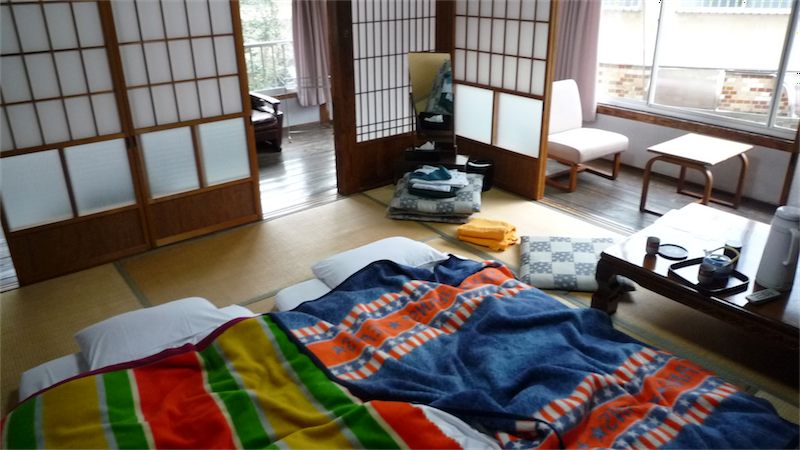 Takaraya is a very nice Ryokan. The couple and their son running the ryokan are very nice. The room we stayed in was very spacious. It was kept warm by a heater that uses the steam from onsen. We could keep it on during the cold nights without running the risk of dying from kerosine fumes. They serve free coffee and tea and the food was really good. But more importantly — this is an onsen blog after all — they have two onsen. There is a bath inside the ryokan and they have a rotenburo that can be used privately. If you want to experience a ryokan, but don't want to pay too much, I highly recommend Takaraya. 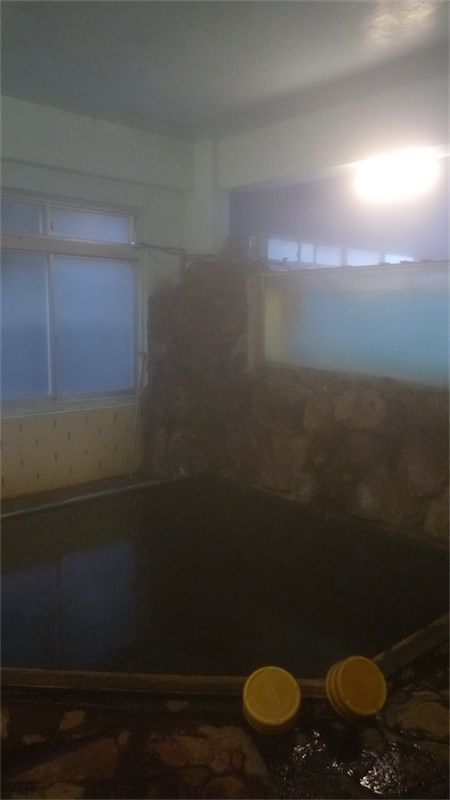 Entrance to the rotenburo. The building in the background in the center is Takaraya. 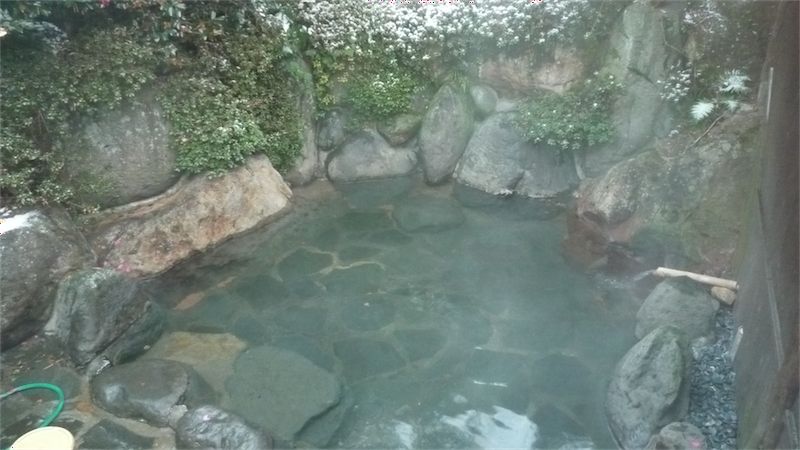 I used their indoor bath every morning for 3 days. The water was very good. Experiencing rotenburo in the snow was exceptional.

The Soul of Japan says:

Thanks for you comment. We had a great time. If you like onsen you should definitely try it. If not, you'd probably be very bored.

hello
i am planning to go to sujiyu and like you will arrive by train to the station of bungo nakamura and then need to take a bus..I don't find information on which bus number? frequency of bus? Or if i have to take a taxi? how much did you pay from the station to sujiyu? I also be there in christmas...

We also took the taxi from the station. I don't remember exactly how much it was, but I believe about 4000 yen. On the way back we took the bus, but I don't know the number, sorry. The bus doesn't run frequently, so you'd better find out beforehand. Can't you ask your Ryokan for information? That's what we did.