Hanabishi Hotel is one of the biggest hotels in downtown Beppu. Compared to some of the other downtown hotels I liked Hanabishi's onsen. The main reason for this is probably that the bath was quiet. It is also nice that you have a view over Beppu Bay from the bath. This time we used the normal indoor bath, but they also have a rotenburo. 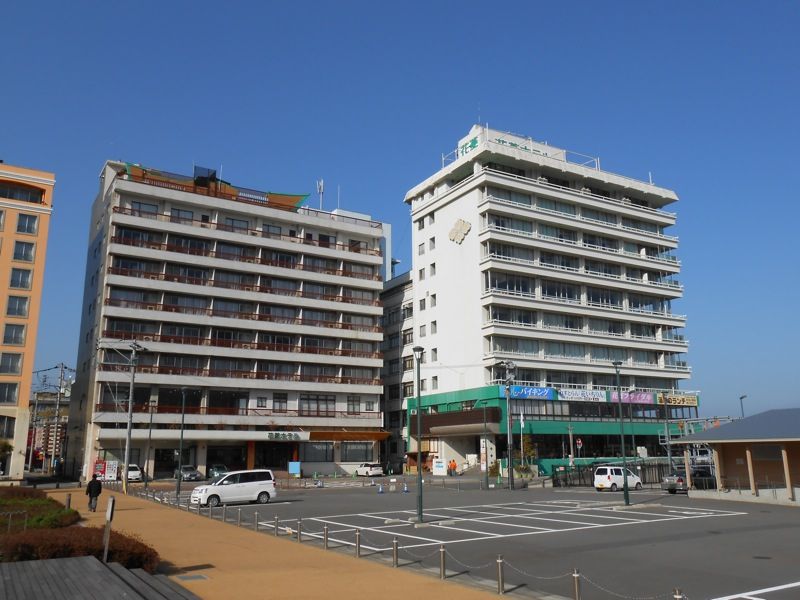 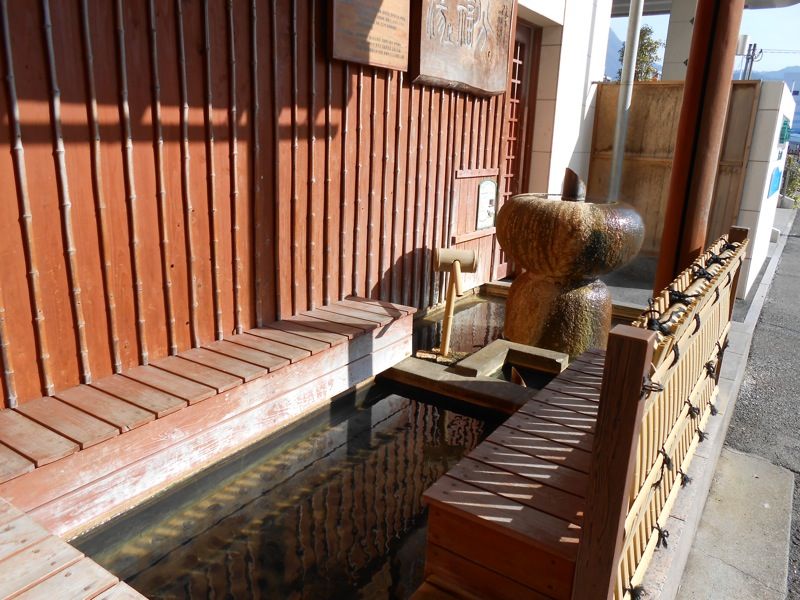 Next to the entrance is a foot bath. 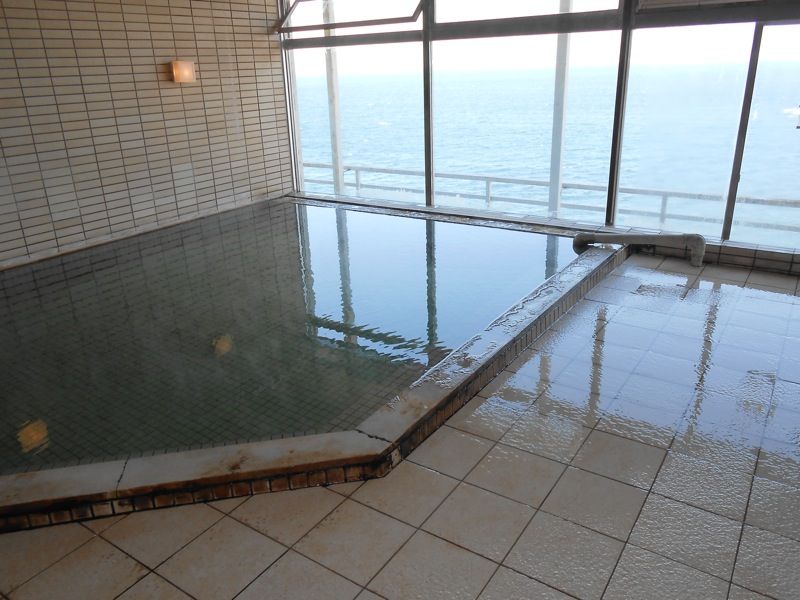 From the bath you have a view over the bay. 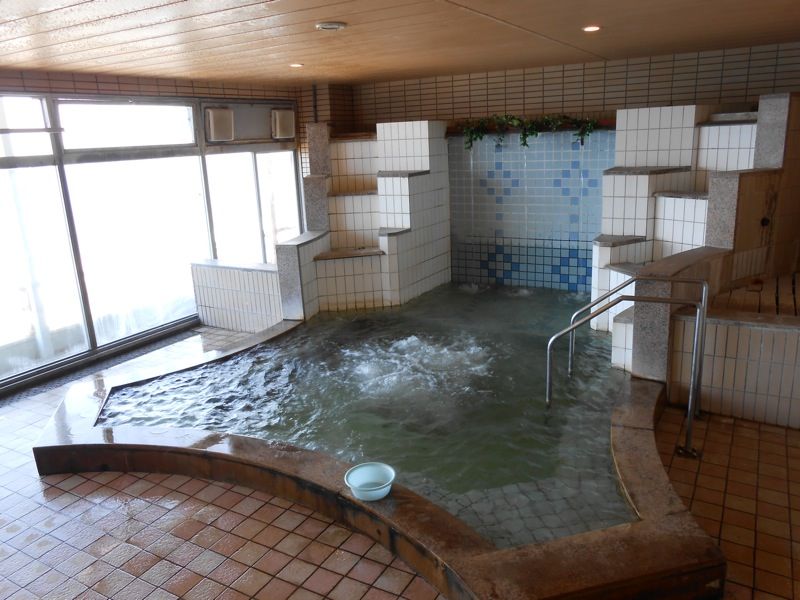 This bath has a whirlpool and a waterfall shower for massaging your shoulders and neck.