Yesterday we visited Shibu no Yu in Kannawa, Beppu. The touristic area in Kannawa has been renovated recently. There are nice new squares, the roads have been paved over and there are new attractions like Jigoku Mushi Kōbō.

Before we bathed we paid our respects to Ippen Shōnin. He is the monk who started the famous steam bath in Kannawa and there is a statue of him not far from the onsen. 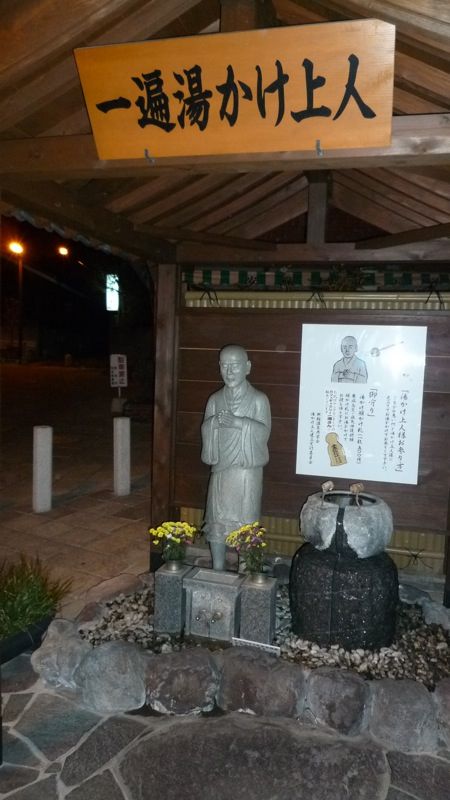 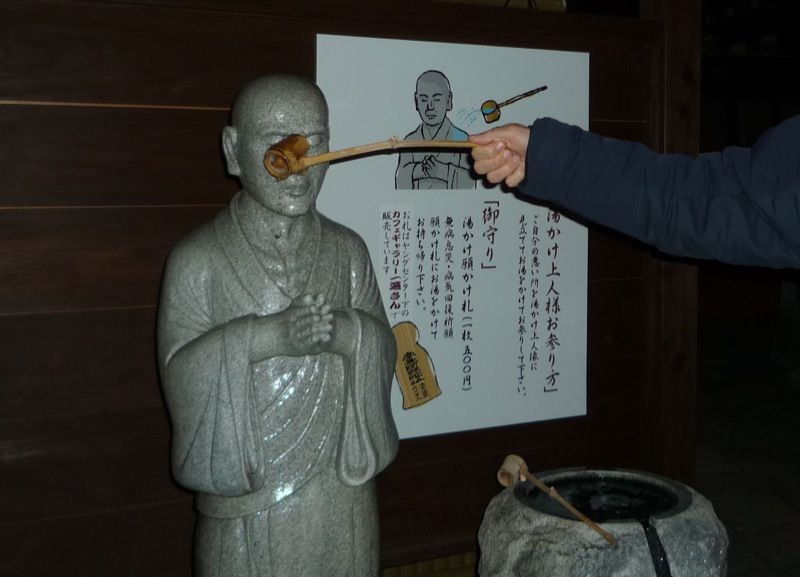 Pour water on Ippen Shōnin to cure any problems you may have. I poured on his nose to cure my cold.

We had visited Shibu no Yu before, but I didn't recognize it anymore. Maybe it has also been renovated in the mean time. I think it's a nice onsen, although the water was very hot. My wife said even the locals were complaining. We got our eighth stamp for the Kyūshū onsendō here, which means we reached the rank of apprentice. 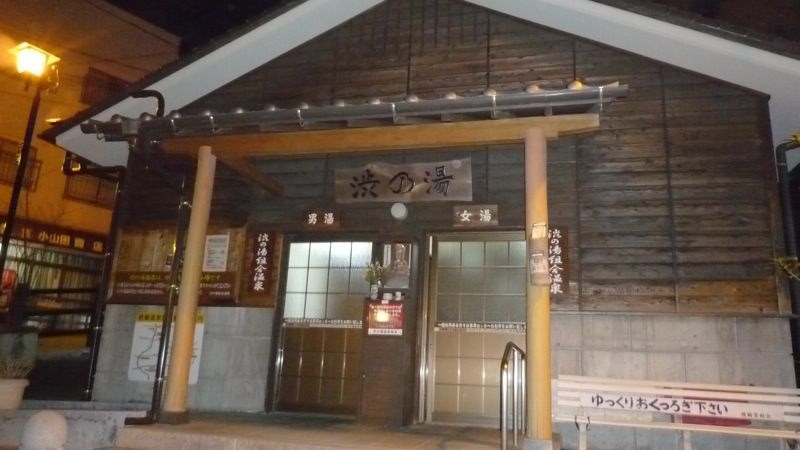 Facade of Shibu no Yu.